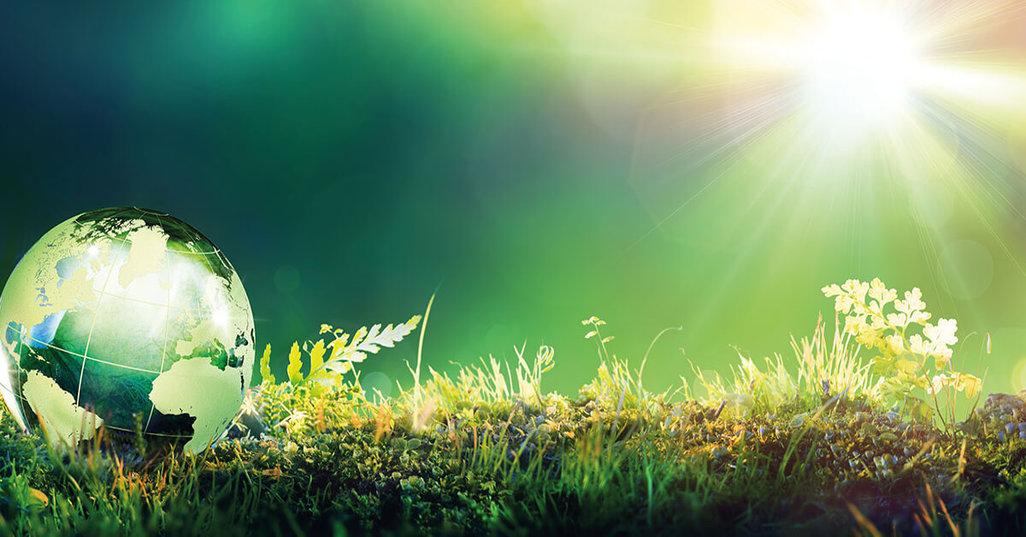 Unlimited growth of an economy? More prosperity and better quality of life at the same time? Put to the test at LucaNet. Read more!

Picture an island inhabited by 100 bunnies. They do what bunnies do: They stand up on their hind legs, hop through the fields, nibble on carrots and grass – and reproduce. Each first-generation rabbit has an average of two offspring. That means the second generation will consist of 200 bunnies. In the third generation, we will have 400 bunnies; in the fourth generation, there are 800; in the fifth, there are 1,600 – et cetera. Bunnies are nice and cute. But in the long term, our island cannot cope with a steadily growing number of these little fellows. At some point, food becomes scarce. Once there is not enough to feed them, some bunnies will starve. Or migrate. In the long run, the rabbit population cannot rise above a sustainable level. Obviously, a steady growth of our rabbit population is impossible due to limited resources.

Our Economy and the Limits of Growth

However, we expect our economy to do exactly what rabbits cannot do. It must grow, grow, grow. On and on, year after year. The German economy is huge already. It generates an annual gross domestic product (GDP) of 3.3 trillion euros. From 1991 to 2017, it has grown on average by 1.4 percent annually. If it keeps that growth rate, it will be twice as big in 2067 as it is today. And in the year 2117 already four times as big.

More and more economists are wondering if this can work out. Perhaps, just like the regrettable rabbit population, the economy will eventually reach the limits of growth. Nobody can predict exactly what happens then.

Maybe natural resources are becoming increasingly scarce. Or ecological changes, such as climate change, lead to massive economic damage. These make further growth impossible. Like the rabbit population, the economy could then be forced to shrink back to a permanently sustainable level.

Fortunately, our economy can do some tricks that are not available to rabbits. For example, it can develop new technologies through research and development, thereby increasing its resource efficiency. Then, the same amount of goods can be produced at a lower resource consumption – or a larger amount of goods at constant consumption of resources.

So, we are in a kind of race between the growing economy on the one hand and technological progress on the other.

“Rule of thumb: For one percent of economic growth, resource efficiency must increase by one percent.”

Example of Increased Resource Efficiency in the Economy

The automotive industry is a good example of technological progress and the resulting potential increase in resource efficiency. My first car was a VW Beetle. It consumed a whopping ten liters of gas over a 100-km distance. This corresponds to a CO2 emission of approximately 23 kg. Today I drive an Up! It consumes only 4.5 liters for the same distance. So I can now go 100 km and use less than half as much gas – or drive more than twice as far with ten liters than before.

“Eco-friendly products are often more comfortable, healthier and prettier than the polluting alternatives.”

Technological progress is one way to avoid a collision with the limits of growth. But there is another: Unlike rabbits, humans are able to consciously reflect on their behavior and change it if necessary. For example, they can decide to adjust consumption behavior. Humans now can consume less resource-intensive – and thus environmentally harmful – products. This does not necessarily lead to a reduction in economic prosperity. In many cases, eco-friendly products are more comfortable, healthier or simply prettier than the polluting alternatives.

When I had to attend a conference in Barcelona a few years ago, it became clear to me: I do not necessarily have to travel with the polluting plane. With the fast and elegant TGV I arrived comfortable and relaxed. In addition, I reduced a considerable amount of greenhouse gas emissions. Furthermore, I discovered the following: The TGV route leads through the southern French countryside and offers beautiful views of the Mediterranean and the Languedoc vineyards. It would be a shame to just fly over it carelessly!

“International studies show that life satisfaction in rich countries like Germany is not necessarily better than in emerging or developing countries.

Finally, there is another strategy for dealing with the dilemma of growth and resource consumption. Maybe GDP will not have to grow as fast as before. For decades, GDP as the sum of all incomes has been interpreted as an indicator of a nation’s wealth.

But: Is more income still synonymous with more prosperity?

Psychologists and happiness researchers doubt it. International studies show that life satisfaction of people in rich countries like Germany is not necessarily greater than in emerging or developing countries. In literature, the (missing) connection between per capita income and life satisfaction is known as "Easterlin Paradox".

A possible explanation: At a certain threshold, an economy is capable of providing the inhabitants of a country with the necessary goods and services, schools, drinking water, Internet access, medical practices and hospitals.

If an economy is too poor to ensure this supply, this deficiency will be reflected in objectively measurable problems such as low life expectancy and high infant mortality. Highly developed economies in Europe and North America reached a level that ensures access to adequate supply already decades ago. Further growth beyond this threshold has barely any detectable effects on the satisfaction of the people in the country.

Thus, the question is: Should the constant economic growth, which we have considered normal and right since the middle of the 20th century, still have the same importance in the 21st century?

Instead of Growing an Economy, Enjoy More Free Time

In today’s economics textbooks, John Maynard Keynes is famous especially for his analysis of short-term economic fluctuations. He dared to look into the 21st century already in 1930. In his essay “Economic Possibilities for our Grandchildren”, Keynes speculated on the economy in 2030. He rightly predicted that labor productivity would increase by a multiple thanks to technological progress and the accumulation of capital.

Keynes assumed that people in the future would use productivity gains not only to steadily increase GDP. Instead, they would work less and enjoy more free time. Specifically, he mentioned a working time of three hours a day, which was perfectly adequate. In the newly gained free time, people could indulge in true enjoyment – like writing poetry, dancing or making music. Less growth – more happiness?

The great Keynes himself remained childless. A pregnancy of his wife Lydia tragically ended in a miscarriage. So he did not leave behind any biological descendants. But, in a way, we are all his grandchildren. In the 21st century, we should consider whether we need to continually increase our incomes or whether we allow ourselves a little more free time – with little income foregone.

We are happy to keep you informed in the future – in the magazine or here in the blog – with specialist articles, LucaNet News and practical recommendations

Up to Trends | 8 min. read The world’s most valuable chain: On blockchain and its significance for the financial system

Recent years have seen a host of trends and revolutionary developments: Globalization, Big Data, Industry 4.0, the Internet of Things, and now blockchain. What´s the secret behind it?

What was going on in the accounting industry in 2021? What will be important in 2022. All relevant aspects in this blog post.

Read blog post
Up to Trends | 6 min. read Startups that are well prepared and have their KPIs under control clearly have an advantage

What does optimal financial reporting for successful startups look like? Luis Hanemann, former CMO at Rocket-Internet, provides some important tips.