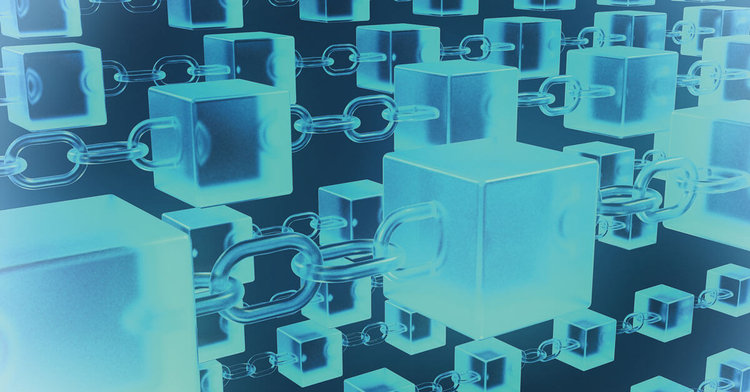 Recent years have seen a host of trends and revolutionary developments: Globalization, Big Data, Industry 4.0, the Internet of Things, and now blockchain. What´s the secret behind it?

Recent years have seen a host of trends and revolutionary developments: Globalization, Big Data, Industry 4.0, the Internet of Things, and now blockchain. That last example of hype stems from another widely used term in the media today: Bitcoin. For many people, it’s all one and the same. However, equating the cryptocurrency with the technology behind it is not only inaccurate, it simply does not do justice to blockchain technology.

While the image of Bitcoin, the oldest and most well-known cryptocurrency, has been eroded by its extreme volatility, blockchain as a technology has been able to prove that it works even in demanding real-life situations.

The world of finance is being turned upside down. The dramatic nature of this upheaval could come straight out of a Greek tragedy. The dilemma: Should they ignore blockchain and, in a worst case scenario, run the risk of becoming irrelevant? Or should they jump on the bandwagon, adopting the idea and thereby destroying their former business model? This is a question of Homeric proportions. For the overarching notion behind blockchain is to make banks, notaries, and middlemen unnecessary.

How does it work? One can picture blockchain as a decentralized database. It stores data sets as a continuously expandable list, termed “blocks.” Those blocks, in turn, are chained with one another via cryptographic processes. It all starts with a genesis block. All further blocks are first validated and then attached chronologically. The data is saved simultaneously and identically on thousands of servers. This makes it possible to save the information in a tamper-proof manner. Each new block is linked to the preceding block. It contains the respective history in the form of a hash (a type of checksum). Additionally, all data is stored in encrypted form. Altogether, this means blockchain can (effectively) hinder corruption and manipulation. The entire chain validates itself and thus offers its own “source of truth.”

Blockchain technology is a fundamentally different concept than the way a company’s internal database or cloud storage work. Thanks to its decentralized approach, this technology eludes any form of government control. The transaction process for a cryptocurrency such as Bitcoin offers a clear depiction of the inherent differences when compared to traditional banking processes.

Blockchain: What changes is this going to entail for transactions?

In a classic electronic transaction between two people, account balances and transaction data are saved with the sender’s bank and the receiver’s bank alike. In practice, these banks often use so-called transaction banks. The latter are responsible for carrying out the actual transactions and for storing the requisite information. This redundant saving of transactions leads to banks comparing and contrasting their information (known as reconciliation). They do this to ensure correctness in the multiple bookkeeping systems. It is particularly in international transactions that discrepancies and delays often occur. Saving data multiple times allows for manipulations to occur more easily. That’s because the data can be accessed and corrupted at various points.

In contrast, Blockchain technology allows a transaction to take place between two parties directly: A new block is simply added to the blockchain containing the transaction data. That comprises:

The transaction is confirmed through a complex process and then saved at a decentral location. Through this process, the transaction information is saved in a counterfeit-proof manner. However, the more important point here is:

The transaction actually only takes place between the two parties. Middlemen like local banks or transaction banks aren’t needed for this process. That means: This approach makes blockchain significantly more efficient. And more cost-effective for those participating in the system.

That being said, blockchain technology is revolutionary for a further reason as well: As long as the address for an account or a wallet is known, all previous transactions can be viewed. The sum of all transactions yields the account balance. Despite this transparency, the system still guarantees anonymity - at least to the greatest extent possible. For nobody can see who is behind a specific wallet address.

In the case of simple contracts, attorneys and notaries are no longer needed because blockchain takes over their function as a body of trust.

Based on its architecture, blockchain technology is ideal for financial transactions such as those involving cryptocurrencies. Blockchain has been undergoing enhancement since Bitcoin came out ten years ago. New functions have been added. One example for the second generation of this technology is Ethereum Blockchain. In a report by Capital, Ethereum Inventor Vitalik Buterin shared that:

“The day that I took a closer look at Bitcoin, I knew that payments without middlemen would be possible.”

For some bankers, alarm signals go off when hearing a statement like that. Ethereum represents the first opportunity for storing contracts in blockchain. They are referred to as smart contracts. This is opening up an entirely new field of potential applications. After all, blockchain also means assuming the body of trust function between two different parties.

An example: Two people are betting on the winner of the upcoming World Cup. The loser will owe a specific amount to the winner. This betting contract is implemented as an if-then condition and stored in blockchain in a tamper-proof manner. The digital contract first comes into effect after the final match of the World Cup. It retrieves the result, the winner is determined based on the predefined rules, and the loser’s payment is effected automatically.

Though the implementation currently requires overcoming a few technical hurdles, the potential of this technology is clear: In the case of simple contracts, in principle, attorneys or notaries are no longer necessary. Blockchain takes over their function as a body of trust. Of course, due to current legal circumstances, all of this is all merely a vision of the future.

The significance of blockchain as a tamper-proof intermediary

However, there are many other cases in which blockchain technology can take over the role of an incorruptible, counterfeit-safe intermediary. In maintaining a land registry, the government ensures its function in correctly storing information about property owners of land and buildings. Corruption, however, leads to a situation in which many people cannot trust that the entry in the land registry truly conveys all property rights in future, particularly in developing or third world countries.

Even in Great Britain, it is common to take out supplementary insurance when purchasing real estate in case someone else claims similar rights to the same piece of property. Here, blockchain offers the possibility of documenting information so there is no manipulation due to corruption or environmental damage. What may sound like a vision for the future is already in prototype deployment in countries such as Russia, India, and Ghana.

A new and exciting phenomenon has emerged in the wake of all the blockchain hype: So-called ICOs (Initial Coin Offerings) represent a form of early financing on the part of blockchain companies. Investors from all over the world can acquire tokens of a company. In many cases, a company does not have much more than a website and a technical concept. These tokens become tradeable after conclusion of the fund-raising campaign, generally on crypto stock markets. However, they do not represent equity in the company. That means that this type of investing is highly risky for investors.
Nevertheless, this new phenomenon has already far surpassed the volume of classic venture capitalist financing after less than a year. It is foreseeable that regulatory authorities in many countries will be taking action against ICOs more and more. Yet the basic principle remains true for the future thanks to Blockchain:

Using traditional currency or cryptocurrency, investors will be able to invest directly and without intermediaries in companies all over the world where they see potential. This option is also interesting for the 99% of companies out there worldwide that

“The Bitcoin hype is passing, but the technology behind it is here to stay,” reported Der Spiegel in early 2018.

The question remains: Is this all hype, or a truly revolutionary technology? The fact is that there are already thousands of newly founded blockchain companies that have published their vision. All of them seek to use blockchain technology to simplify processes or take middlemen out of the equation. Various approaches will have enormous potential, to be sure. Even if many do not yet offer technically workable solutions and are rather more accurately described as visions or concepts. This begs a question: To what extent can this technology actually unfold its revolutionary potential if it affects well-established, strong financial players such as banks or stock exchanges?

Blockchain technology can be implemented in the public as well as the private sector. Accordingly, there certainly does exist a possibility of combining the two concepts in the future - with limited interoperability. This scenario foresees blockchain as little more than an IT update.

Blockchain: Who is behind Mister X?

There is a name that haunts the Internet – Satoshi Nakamoto. It stands for a technology with a reach yet to be fully comprehended by our society. Yet, who is the inventor of blockchain? And why is it not possible to shed light on the secrecy enshrouding this person?

At first glance, Satoshi Nakamoto sounds like a standard Japanese name. Yet nobody really knows whether blockchain technology was invented by a single individual or a whole group of highly influential people, nor where said person actually comes from. Yet there is a plethora of rumors on who the true founder of blockchain, Bitcoin, and Co. could be. The only thing I can assure you of is that it is not me!

Countless names - including prominent figures like PayPal co-founder and Tesla CEO Elon Musk - have been pointed to. Those rumors were later rejected or disclaimed by the individuals themselves. One of the many people claiming to be Mr. Bitcoin and receiving a great deal of media attention is Australian businessman and computer scientist. Since that was soon disproved with no lesser amount of media sensationalism, the mystery surrounding Satoshi Nakamoto is yet to be illuminated. The appeal and excitement associated with this story remain intact.

“I will now devote myself to other things”
– Satoshi Nakamoto

One thing we do know about Satoshi Nakamoto is that he published the Bitcoin protocol in a white paper in November 2008 via an encrypted e-mail address. He then installed the first Bitcoin client in 2009. And he maintained contact with the Bitcoin community. He was extremely careful not to reveal personal information about himself. Once he gained the impression that blockchain and Bitcoin could now move down their own paths, he left the public stage with the words: “I will now devote myself to other things”

We’ll be glad to keep you up to date in the future, too, either in the magazine or here on the blog - with white papers, LucaNet news, and other relevant information from the world of financial reporting!

Digital finance reporting? With ESEF, it´s a reality. A look at changes in the law and software solutions for implementation.

What was going on in the accounting industry in 2021? What will be important in 2022. All relevant aspects in this blog post.

Read blog post
Up to Trends | 6 min. read The current role of CFOs and how they can reliably drive growth

What makes chief financial officers successful? How and why do explicitly people in this position guide their growing company safely into the future? We asked two experts who should know the answer.