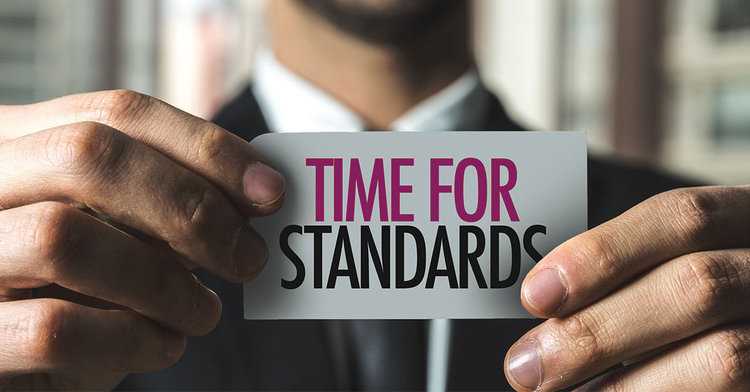 The IASB published the Conceptual Framework for Financial Reporting in 2018. But Carsten Theile finds himself asking - where’s the concept?

As was to be expected, on March 29, 2018, Hans Hoogervorst, Chairman of the International Accounting Standards Board (IASB) welcomed the publication of the Conceptual Framework for Financial Reporting (CF) in typical marketing language: “The revised Conceptual Framework will greatly assist the Board when developing IFRS Standards. It will also help other stakeholders to better understand the concepts that underpin the Standards.”

Not everybody who applies IFRS, and especially not everyone with a focus on other accounting standards (German Commercial Code (HGB), US GAAP etc.), will be familiar with CF’s significance and background.

Therefore, please allow me to say a few words before addressing selected details and, above all, the necessity of developing accounting rules based on a conceptual foundation.

Background to the Conceptual Framework

As early as 1989, the International Accounting Standards Committee (IASC) of that time published a “Framework for the Preparation and Presentation of Financial Statements.” It described the significant accounting principles and intended to serve as an IASC/IASB reference framework for the development and revision of standards.

The Financial Accounting Standards Board (FASB) and the IASB were aiming to fundamentally overhaul the framework concept.

But the framework concept was presumed to be or was genuinely inaccessible. For this reason, the American standard setters, the Financial Accounting Standards Board (FASB) and the IASB, carried out a joint project from 2004 to 2010 aimed at a fundamental revision. One step along the way came in 2010 with the publication of a partially supplemented Conceptual Framework. After that, the FASB and the IASB went their own separate ways. And now the Conceptual Framework 2018 (CF 2018) comes under the purview of the IFRS.

Scope and aim of the Conceptual Framework

As in the past, the CF does not take precedence over any standard, meaning that it has a subordinate function. The CF’s fundamental objective remains practically unchanged from 1989: It is intended to

The IASB’s Conceptual Framework runs to 279 pages in total.

The IASB certainly consumes a lot of paper: The Conceptual Framework is 85 pages long. The associated Basis for Conclusions encompasses 101 pages. There are numerous standard modifications (56 pages in total). On top of this, there is a feedback statement (21 pages), and a summary of the significant project steps and content (16 pages). The latter is, if I may say so, perhaps the most important document for obtaining a rapid (and often sufficient!) overview.

On the conceptual foundation of accounting standards

Since we have seen the formal overview, I will now move on to my actual topic: How are things looking with the conceptual foundation for accounting principles? To approach the subject systematically, one must endeavor to develop a concept – with financial statements in mind – which will then help to resolve method and measurement issues on the application level.

Let’s leave IFRS aside for the moment and have a look at the conventional perspective in continental Europe, which is also implemented by the German Commercial Code (HGB) and German Company Law. Here, financial statements aim to identify

Since one must assume the going concern principle, liquidation values like those discussed 150 years ago in the static accounting theory are discarded ex ante. A dynamic accounting concept has been dominant for around 100 years now, according to which P&L is the focus of interest, flanked by identification which is reliable (auditable) and therefore based on market transactions, and measurement doctrine based on nominal capital maintenance.

For legal implementation, this requires:

Corresponding deviations must be spelled out in law with specific rationalization.

The idea behind this concept is relatively clear and was repeatedly elucidated by the economist Eugen Schmalenbach from 1919: It isn’t that important to include all assets in the balance sheet,  And “hidden reserves” don’t really present a problem. Specifically, if they are realized, that will be expressed in the P&L, and very reliably to boot, as this pertains to observable market transactions.

Trend statements – even about the current total value of a company

When you compare and contrast multiple P&L statements (using consistent accounting, of course!), it is indeed possible to make trend statements for the future, and even statements about the current (estimated) total value of an enterprise. It is of course the case, contrary to this idea, that in accounting practice pursuant to the German Commercial Code (HGB), the balance sheet seems to be the center of attention.  This I merely mentioned as a side note.

The conceptual foundation of the Conceptual Framework

So, how are things looking with the conceptual foundation in the Conceptual Framework? “Decision usefulness” is the central aim of a financial statement, which is also discussed in detail. In light of considerable criticism of the CF’s preliminary drafts, accountability is also named as an aim, but payment calculation is not.

If one ignores the latter, then those central aspects do align with the prevailing concept in continental Europe. The premise of going concern is an important issue in the Conceptual Framework, which also highlights the P&L statements as a dominant element in financial reporting.

The definition of a concept of capital maintenance would have been on par with revolution.

In order to develop specific methods and rules for measurement and profit calculation, specification would have to be based on a concept of capital maintenance. Yet this is where the CF displays its blatant weakness: While nominal and real capital maintenance are cited and discussed (unchanged from the 1989 framework concept, by the way), there continues to be a lack of commitment. Accordingly, when applying the Historical Cost Principle, the flood gates are opened just as much as they do with the Fair Value Principle or a mixture of both. The latter is of course the de facto standard.

That is why another IASB decision, specifically the definition of a concept of capital maintenance, would be on par with revolution: It would necessarily imply rewriting the standards
Added to this (since the interim step of 2010) comes the former primacy of “reliable” presentation backsliding to “credible” or “faithful” representation, which imposes and enables a great deal more discretionary room for management than was previously the case. Examples:

Ultimately, the Conceptual Framework does not resolve the widely criticized lack of concept in the demarcation of other comprehensive income.

Overall impressions of the IASB

One gets the impression that the IASB looked at its standards carefully.  It used the Conceptual Framework to create a parenthesis and justify the chaos in the standards – with the well-known empty phrase of “decision usefulness.”

This is not a workable guideline for developing new standards and it helps neither the users in filling gaps nor the analysts in comprehending the individual provisions in the standards. To develop accounting rules with the knockout argument of decision usefulness seems somewhat arbitrary. Even the really solid structuring of the CF and the ostensibly logical conclusions change nothing about that. Incidentally, the latter represents clear progress compared to the old framework concept!

At least we can be certain about one thing now: A concept deserving of the name is absent in the Conceptual Framework, and we’ll (have to) continue rummaging through the individual rules. The consultants will be happy!

To that end, best of luck! Sincerely,

About the author of “Conceptual Framework – So, Where’s the Concept?“

Missed the issue? No problem!

Professor Carsten Theile is the Scientific Director of LucaNet.Academy. After several years of practical experience with a bank and an energy supply company, he now teaches National and International Accounting at the Bochum University of Applied Sciences. He is the author of more than 230 technical papers on accounting and corporate taxation, as well as the sole publisher and co-author of the "IFRS Handbook" (6th edition, 2019). Carsten is also known as the author of the standard textbook "Accounting According to Commercial and Tax Law" (29th edition, 2018).

Modern management reporting is demanding and can be a challenge. You can find out here which mistakes you should avoid and how to get on top of your figures.

The spread of the coronavirus also affects the accounting standard IFRS 16. Read which amendments to IFRS 16 the IASB is planning.